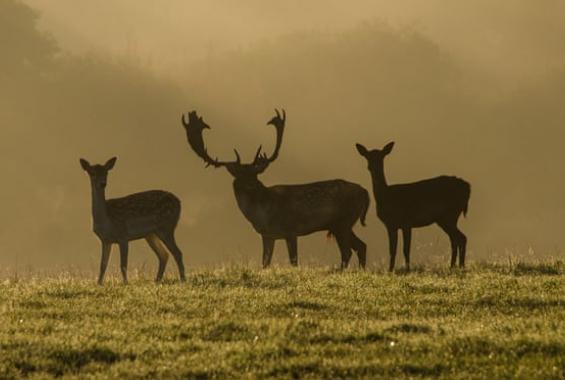 Anyone with an interest in conservation, land management and agriculture can learn a lot from the pioneering rewilding project at Knepp Farm, Horsham. Once intensively farmed, the 1380 hectare site has been allowed to revert to nature since 2001, using grazing animals as the drivers of habitat change and with the creation of dynamic natural watercourses.
The success of the hands-off approach challenges more conventional approaches to conservation, livestock rearing and water management. The project demonstrates how a ‘process-led’ system can be a highly effective, low cost method of ecological restoration, and one which is highly suited for failing or abandoned farmland. The beneficial impacts for wildlife and the environment have been immense, with numerous scarce and formerly resident species becoming re-established in nationally significant numbers. These include turtle doves, purple emperor butterflies and nightingales amongst numerous others. The return of the river channel to a more natural form has led to reductions in downstream flooding.
Although not without controversy the project serves as a testbed for process-led approaches to nature conservation and is an example from which others can learn. The story of the project is described in the entertaining and highly readable book ‘Wilding’, by Isabella Tree.